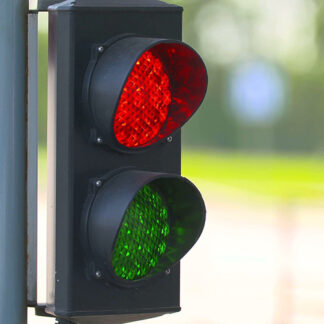 Why is Self-Awareness a big deal?

Self-Awareness allows athletes to engage in in-depth reflection about their abilities/performances. There is more to reflection than “Yeah I think that went well” or “I completely blew it!”. Its about knowing what “works” and what “doesn’t work” when it comes to your performances, and more importantly, knowing why. You learn more about your self and your performance when you engage in self-reflection. A coach will always be able to provide feedback on your technique or overall quality of performance, but it’s harder for your coach to understand why you performed a certain way because they do not have access to your thoughts and feelings.

MST allows athletes to strengthen mental skills through the use of key strategies. Self-Awareness is a skill that can help improve your overall mental toughness. There are a few ways to help improve your Self-Awareness, which I will get into a little bit later. First off, you need to know the differences in your quality of performances.

Even though we want to perform at a high quality every practice and game, it’s common to step away feeling knowing that you did not perform at your highest capabilities. It’s important to know that  our performances can be placed into three main categories.

I was taught to look at my performances like a traffic light. We all know that each light has its own meaning:

Yellow light = “Slow down” or move with Caution

You can look at your performances in the same way, but instead of lights you are dealing with different zones. Just like the traffic lights, each zone describes a certain type of performance.

This type of performance tends to haunt us. You could have felt that you had no control over: keeping up, making mistakes, too many penalties, your emotions, etc. These are the games/ practices where you want to throw your hands in the air and yell “I give up!”

Obviously, this type of performance is what we would like to “Stop” from happening.

This type of performance is not a horrible experience, but it’s not great either. You might have made a few mistakes, but also had some strong moments too. You are focused on the game at times, but maybe lacking that drive or motivation to give it your all.

Having mediocre performances is not as damaging as being in the Red zone, but being stuck in that Yellow zone for too long can “Slow” you down. And just like a car going through an intersection, if you slow down too much you will eventually stop.

This is the type of performance where you leave the track knowing that you played with everything you had! Athletes usually feel connected with their performances when in the Green zone: almost zen-like. You might have had a performance where you felt focused, competing within the perfect intensity/energy level, and maybe oblivious to potential distractions such as penalties, score, the crowd, etc.

This is the zone every athlete wants to be in!

Traffic lights change often, and the same goes for our performance zones.

We can start out a practice in the Green zone and leave in the Red zone, the same way you can enter a game in a Yellow zone and end in the Green zone. This is where Self-Awareness kicks in! It’s important to know how you react while performing in the Green, Yellow, and Red zone.

Self-Awareness in the Zones

TIP…Take a look at this “Self-Awareness in the Zones” Worksheet. You can record your reflections for each zone.

For each zone, you will need to reflect on past performances (practice or games). It does not matter what zone you start with, just reflect on ONE zone at a time!

Then I want you to dig deeper into those reflections, and I want you to remember what you were thinking, feeling, and how you were acting at the time.

Thinking:  What were you focusing on? What were some of the thoughts that were popping through your mind?

Feeling: What emotions were you feeling? Think back to your energy levels. Were you over stimulated? Lethargic? How did that affect your performance?

Acting: How did you act? From how you react to distractions and challenges, to the way you interact with your teammates, referees, and coaches. Also think about your facial expressions and overall body language.

Let’s take a peek at my own Red Zone…

My focus was on distractions, rather than on the game. I concentrated on referee calls (or lack of them) instead of my performance and what I could control.

My thoughts were negative. I would focus on everything that I did wrong instead of trying to focus on what I could do in the moment.

I got frustrated easily – frustrated with myself or on external factors that I couldn’t control. I also felt like I had too much energy, which will made me feel stressed out at times.

The major change in my behaviour was seen in my penalties. I would fall into a penalty spiral pretty easily. With each penalty I got, the more frustrated I became, and the more my attention switched from the game to the referees.

I would no longer smile or give out high fives.

How to Improve Your Self-Awareness

Long answer: If you do not take the time to self-reflect then you will never gain a better understanding of your performances.

Here are some different ways to increase your Self-Awareness:

·       Track your progress over time, using a practice monitoring notebook

·       Write down your strengths and weaknesses throughout the season

So what do you do with this new knowledge?

Learn from your past experiences! By doing the Self-Awareness activity you should be able to look at answers as “signals”. By knowing these signals, you will be able to realize which zone you are currently in.

For example, as soon as I realize I am feeling frustrated, focusing on the referee calls, or no longer smiling I know that I am no longer in my Green zone and I am hitting the Red zone.

If you’re not in the right zone, you’ll know it’s time to start using Mental Skills Training strategies to help you shift toward your Green Zone. So keep your eye on the upcoming Mental Muscle posts to help you stay Green and improve your mental game!

Got questions for me? Want to share how you know you’re in your Red Zone? Leave a comment below!