At Roller Derby Athletics, it’s our mission to empower every roller derby athlete to be safe, strong, and unstoppable. We want to help every skater achieve their goals.

Hey, we’re Ratchet-Face & Taco Bruiseday & we’re so excited to join the RDA team. We’ve had a love of derby for over 5 years and channeled that love into Bout Betties. After 3 years of that we decided to take on the challenge of grabbing the laces of RDA. We’re super stoked to channel our derby love into

sharing our fitness journeys with all of you. We understand the struggle of fitting in cross training into our busy schedules & knew that RDA was the perfect option.

We’re stoked to have the opportunity to connect with you all in the Derbyverse through our fitness challenges and in the Roller Derby Fitness Worldwide Facebook group. Thank you so much for following RDA’s growth and sticking with us through the transition!

We take the mystery out of cross-training, giving skaters the tools and inspiration to transform their game, without a lot of equipment or time.

We provide sport-specific training programs and resources to help skaters around the world achieve their best.

In doing so, we abide by these core values. Without exception, RDA is:

We are proud to be listed in the Superfit Hero Body Positive Fitness Finder.

Read more about what makes us tick… 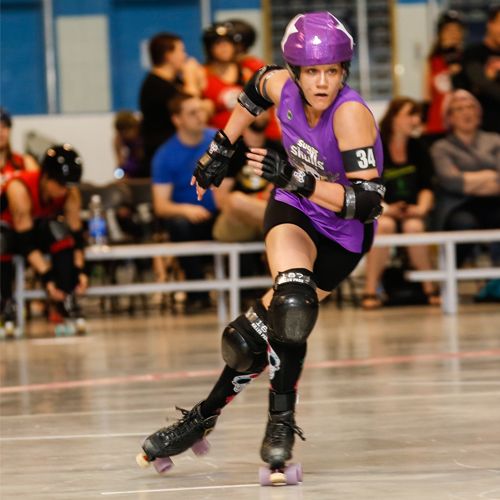 BadBrand (aka Sheena G.) has been a dedicated RDA athlete since 2014, and attributes her success and improvement on the track to her off-skate training with Booty Quake’s programs. She has served as Head of Training for Pile O’ Bones Derby Club in Regina, SK, Canada,  jammer for the PBDC Sugar Skulls, and a member of Team Sask for multiple seasons. 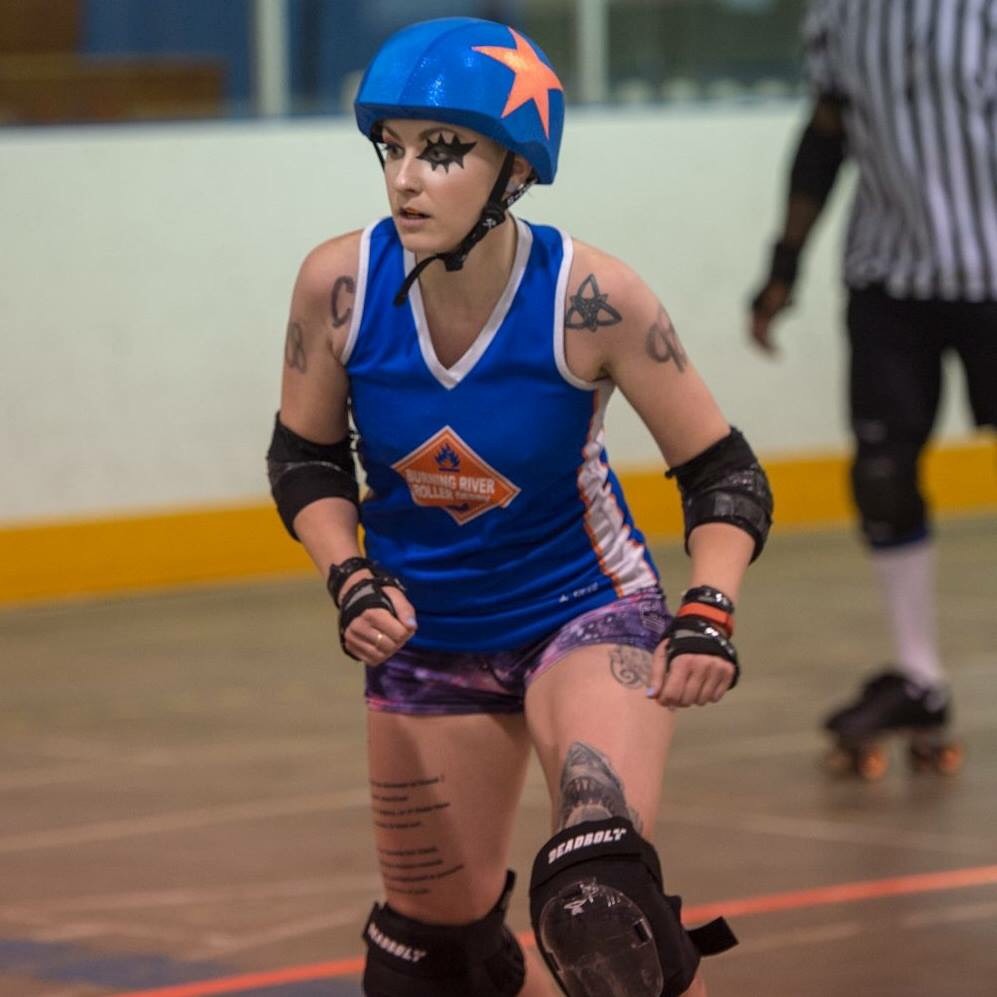 Maloik (aka Tess V.) is a board certified and licensed Athletic Trainer with a master’s degree in exercise physiology, working with a wide variety of patients and athletes focusing on injury prevention and rehabilitation post-injury. Known in the derby community as “Safety Maloik,” her passion is proper training/prehab to prevent injury during competition. 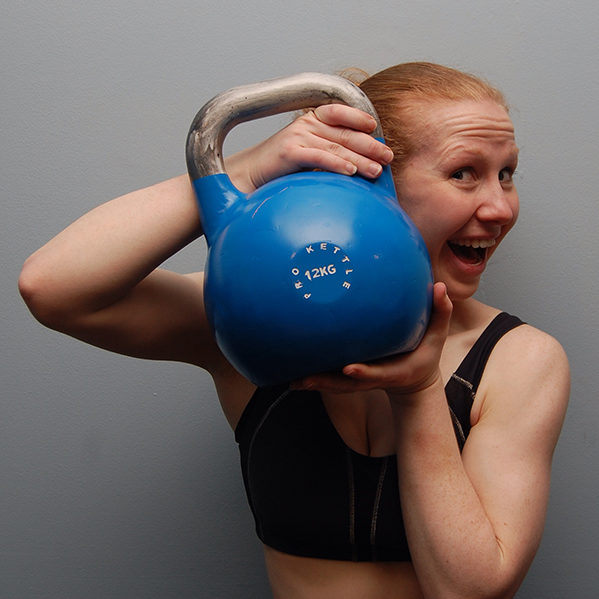 Derby in the Kitchen

As a certified Precision Nutrition coach and our Derby in the Kitchen contributor, Lilith NoFair doesn’t just want you to “eat better”. She wants to help you develop healthy habits that will carry you through a lifetime. In addition to her nutrition credentials, Laura Wombwell is a personal trainer, kettlebell specialist, and roller derby skater with Tri-City Roller Girls in Kitchener, Ontario. She maintains her own blog and fitness training business at How We Roll Fitness.

If you are interested in remote personal training or nutrition coaching at special rates for Roller Derby Athletics readers, use the contact form below to get in touch! 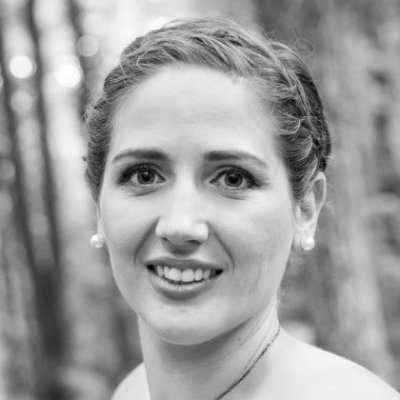 Jess Bandit is well known and much feared as a former Team Canada skater, and powerhouse for Montreal’s New Skids on the Block… and also happens to hold a Master of Human Kinetics in Intervention and Consultation in Sport. A professional member with the Canadian Sport Psychology Association, Jess Paternostro has worked with amateur competitive athletes and coaches to help them strength their mental game through teaching mental skills training and preparation. She has worked within a variety of sports: such as boxing, hockey, basketball, judo, sailing, soccer, ballet, wrestling, and roller derby. In addition to coaching Roller Derby Masculin Montreal (MRDA), Jess was the assistant coach for Men’s Team Canada at the 2014 and 2016 World Cup, and is head coach of Women’s Team Canada for the 2017 World Cup. 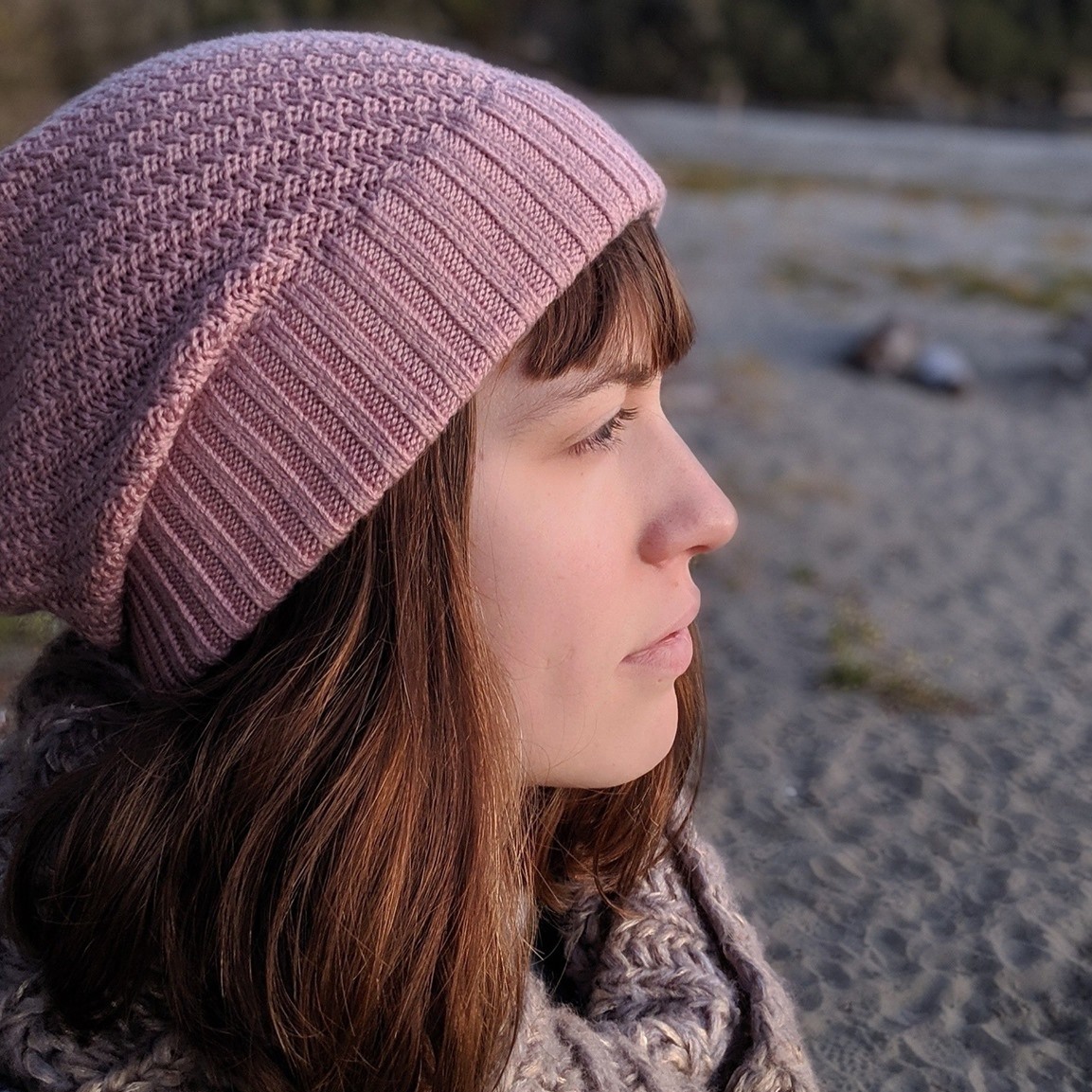 Dimples Diablo (aka Johanna P.) started her Roller Derby journey as one of the founding members of the Sea to Sky Sirens before moving off to the “big city” and being drafted to the Bad Reputations of Terminal City Rollerderby. She’s stepped away from active play to become a breeder but keeps her toes in the game by bringing her years of Management and Marketing expertise to the Roller Derby Athletics team. 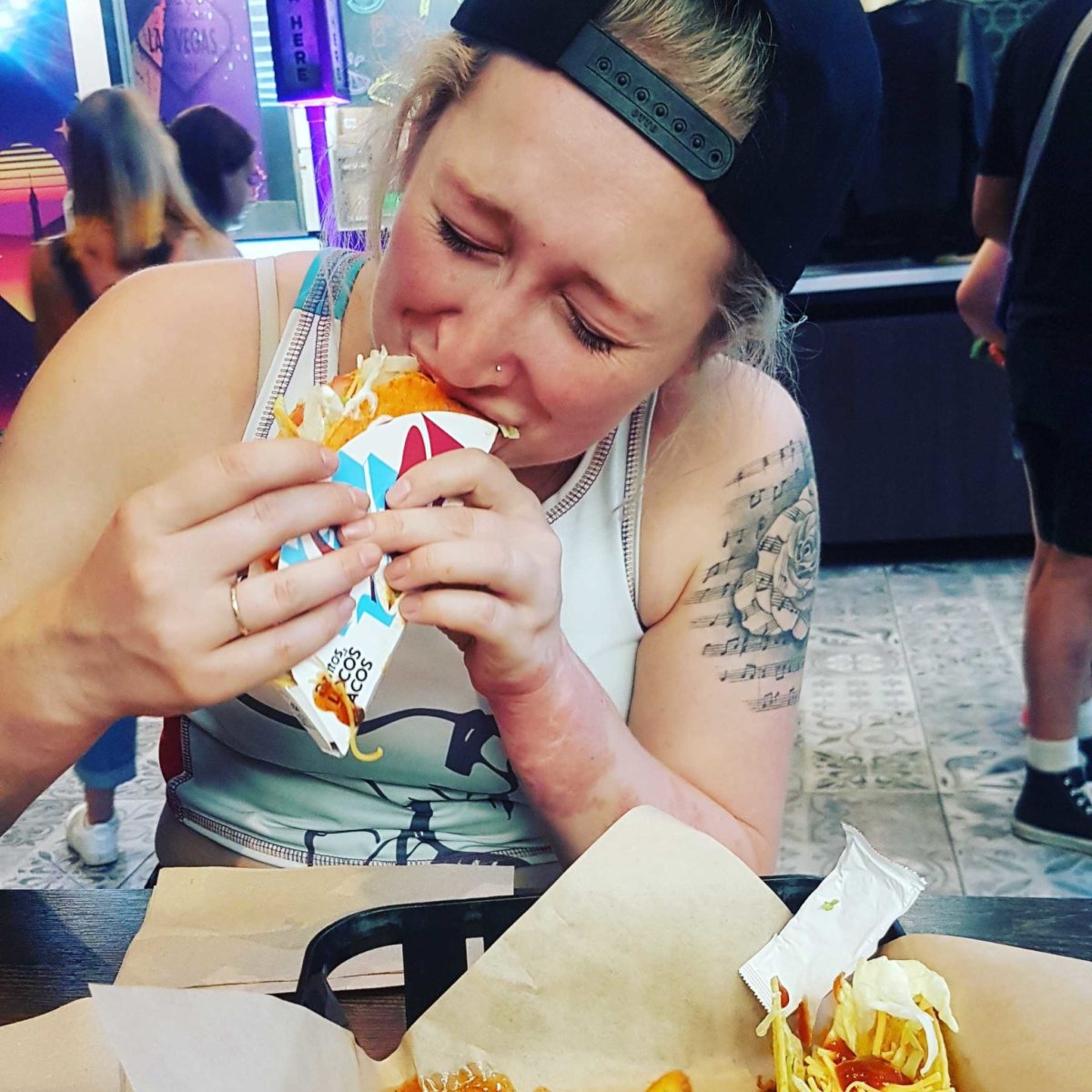 Mikillya (aka Michaela P.) Began playing Roller Derby as a Jr. with SWSRDA RaRa Riots in Swift Current, SK, Canada she has since aged up and now plays for Pile O’Bones Derby Club in Regina, SK, Canada on the Sugar Skulls as well as representing her province on Team Sask. She is currently finishing up her Bachelors degree in Social Work and enjoys all things food and skating! 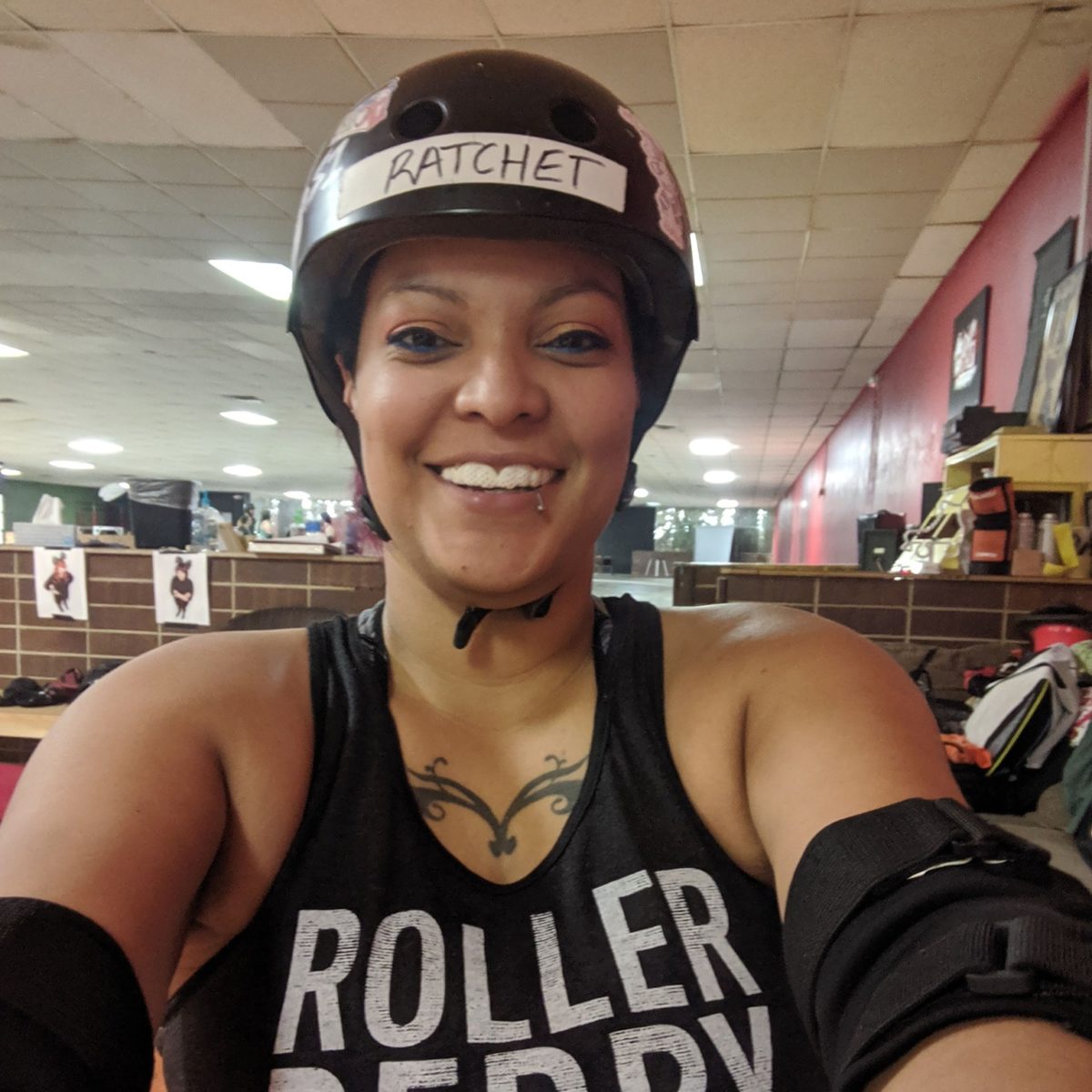 Ratchet-Face (aka Rachel R.) Started skating with the Augusta Soul City Sirens in 2015. After a leg break and immediately after having a baby, she started helping the Sirens with Training new skaters. That love of Training carried through when she moved to Omaha, Nebraska. Ratchet currently is helping train new skaters in ORD’s boot camp program and cries every time she helps a new skater bust past a plateau. 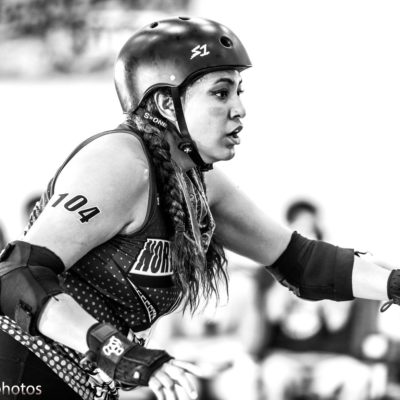 Taco Bruiseday (aka Jessica B.) plays with The Fighting Unicorns on North Texas Roller Derby in Denton, TX. Heading into her third season, she’s excited to begin her journey with RDA.

Got a burning question?

Want to get in touch? Hit us up!

Just fill out the form for general inquiries, coaching / boot camp requests, or for information about RDA’s Team Training options.

Know a friend or teammate who would benefit from Roller Derby Athletics’ programs?