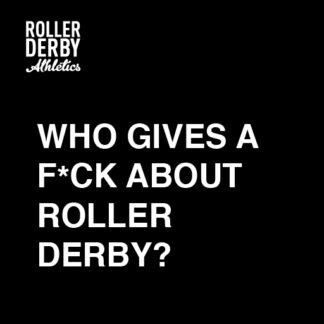 Who gives a f*ck about roller derby right now?

This post is not for the derby community. It’s for the friends and family on the outside, wondering what the fuss is about. Derbyfolk, I invite you to share this with your circles, if it speaks to some of the things that get you out the door to practice week in and week out.

Maybe when you heard your friend/daughter/sister was getting into roller derby you were incredulous. Or dismissive. Or bored. Maybe you laughed it off as some kind of tawdry spectacle. Or you think it’s “nice” that she has “her little hobby.”

Or maybe you’re intrigued but don’t really know much about what this is all about, or why she seems so obsessed with this sport.

So why should you give a f*ck about roller derby right now?

Because roller derby matters, real hard, right now. Here’s why I think so.

The Roller Derby World Cup (the third one since 2011) is on now in Manchester, UK, with thirty-eight national selection teams from around the world participating. That number includes participants Ireland, Iran, and Iceland (to name a few of the “I” countries). The final day of competition will be covered by the BBC (funny thing about that… see the footnotes below for more), and you can live-stream all of it wherever you are, for a fee, from the tournament website. https://rollerderbyworldcup.com/

One of the “I” teams at World Cup this year is Team Indigenous Roller Derby, represented by twenty athletes of Indigenous origin, spanning the globe from the Tsimshian and Métis Nations to Taranaki Iwi of Aotearoa. Roller derby is a community that is quick(-er than most) to address systems of oppression and stand up for justice.  I don’t know of another international sporting tournament (besides aboriginal-specific events) that recognizes Indigenous people as a nation for competition.  I am humbled and excited to witness this new team make history this weekend.

“Team Indigenous’s introduction into the World Cup is an important moment for roller derby that forces the modern game to face ways in which structures of colonialism work to exclude and re-enforce barriers against Indigenous people … using the politically charged space of roller derby to organize around issues confronting Indigenous communities.” – The Apex

Please do check out the additional articles about Team Indigenous in the footnotes below.

Roller derby has an inclusive gender policy. There are no medical / hormonal requirements or documentation required to play in the Women’s Flat Track Derby Association, unlike most sport federations. If you identify as a woman, you can play. Are we perfect? Of course not. There is absolutely trans-misogyny and transphobia in the derby community. But the overarching tone is an accepting one. For one example, it’s commonplace at roller derby events for temporary signs to obscure the usual ones, identifying all-gender bathrooms throughout the venue. Many transgender athletes who did not feel accepted elsewhere have found their place in derby, from the beginner levels up to the elite. I am lucky to count many trans women as my friends and teammates because of this sport. 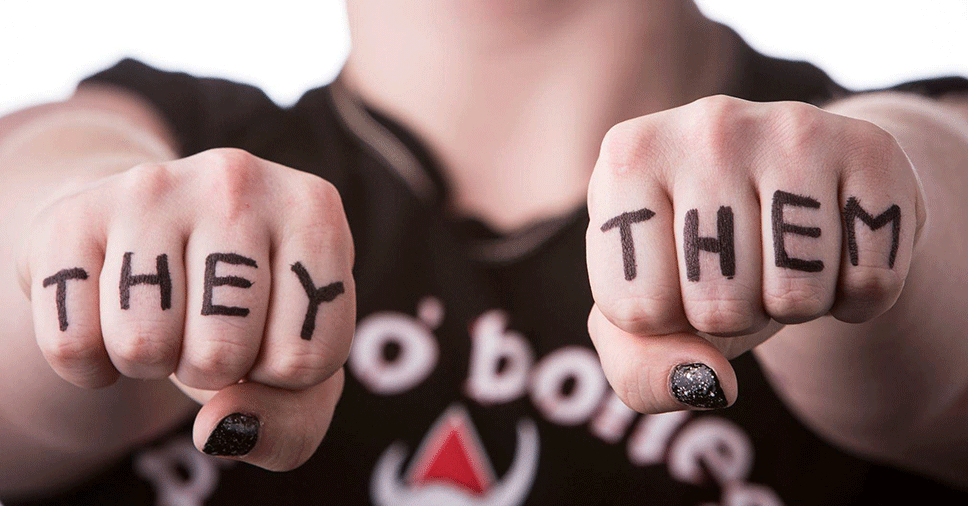 See below for more reading on gender in roller derby.

Junior roller derby is having a moment, and your daughters are going to freaking love it.  Google “junior roller derby, yourtown”. You’ll see. This community is grooming a generation of future bad-ass bosses who are about to take the world by storm as they start graduating high school. Who run the world? Roller derby girls and Beyoncé, that’s who.

Shameless plug for a personal project: I’ve co-founded an org called Girls On Track [www.girlsontrackfoundation.org] to help keep girls in sports through their teens. Watch what junior skaters have to say about the impact of roller derby on their lives . You are encouraged to make a donation to support our efforts if you are touched by this. Paypal.me/GirlsOnTrack

This thing is about WOMEN (and it’s about time).

What we have created, what roller derby has always been for us, is a sanctuary. It is one of the very few female-driven, female-dominated experiences I have had in my life. And every time we walk through that arena door for practice, it is a quiet but significant fucking relief to momentarily shed the #MeToo defensive armour we wear, to one degree or another, every damn day.  We are free to just play the game, without the usual worry about [pleasing someone/ not attracting unwanted attention/ being degraded / feeling threatened/ fill in your own blanks]. It is a rare place where women (many for the first time in their lives) are encouraged to take up space, and get in the way. We’re not doing it for you, or for them, or for him, we’re doing it for us.

But let’s talk about women’s bodies for a second (everybody else sure as hell is). Sure, there are bruises, pain, and sweat in roller derby. But it’s much more. As a trainer for derby athletes, I have the privilege of helping skaters of all backgrounds and abilities to strengthen their bodies and improve their skills, without ever, EVER having to say anything about how to achieve a so-called “bikini body.” There’s no other way I’d be involved in the fitness industry, frankly. Roller derby has been a powerful tool for many women to re-learn to love their bodies and what they can do, and stop worrying about how they’re “supposed” to look.

There is just something indelibly powerful about this sport, for so many women. Google “roller derby saved my soul” and see how many hits you get. This is not goddamn beer-league softball, people. This is fucking ROLLER DERBY! And it has a power like nothing else.

To close, here are two voices who have cracked it open more eloquently than I can:

“We ruin our bodies to save our souls, and for some reason that makes perfect sense.” – Bonnie D. Stroir, banked track derby pioneer.

“Ask a dozen derby girls what derby does for them and you’ll get a hundred answers. I get it now, that derby can save a woman’s soul and give her a reason to live; it can inspire a confidence and pride she’s never experienced; it can provide a built-in support network, a new social circle, a new respect for strength, a reason to stay sober, a reason to stay healthy; or it can be therapy encased in a hardcore, contact sport shell. Or it can be all of the above.” -Miss Anthrope

THAT is why I’m still here, 10 years on: because this shit matters.

2018 (nay, #20skateteen!) will finally be the year of women (F’REALS THOUGH, this time we really really mean it!) and roller derby is showing up for it.

Questions? Beef? Get at me in the comments.

One of the Team Indigenous athletes who trains with me, Sasheen Wesley aka Bash-Full was profiled in this recent CBC piece, and here’s another CBC piece on the team; both well worth a read.

Roller Derby and the Media:

This is the only sport I know of that is referenced as [the Sport] and [the Men’s Sport].  Sometimes that exposes some underlying #everydaysexism when it finally does get covered by major sports media. For example, yesterday.  In promoting their coverage of the Roller Derby World Cup, BBC Sport initially used a stock photo of the American MEN’S roller derby team, presumably because the event is not called the “Women’s” World Cup, ergo, it must be a men’s sporting event. Derby twitter was quick to pounce, and the BBC eventually swapped the image… with a picture of banked-track roller derby (the tournament, and most modern roller derby, is played on a flat track).  Le sigh.

Dear @BBCSport you had one job when reporting on the @derbyworldcup and that was to have a photo of women in your article as it’s the WOMEN’S World Cup #everydaysexism https://t.co/jieqvE41j5

On gender in derby:

The Rollergirl Project is a years-long photographic essay on bodies. Here’s one of my favourites: http://therollergirlproject.blogspot.ca/2014/04/

And finally, it has to be addressed. #MeToo is experienced in roller derby too. We are not immune to sexual harassment or assault, originating from both men and women against both men and women. It’s not often discussed, but some brave people have given a powerful voice to the issue as recently as this week.  I do not mean to diminish the significance of this by only footnoting it here, but as gender-based violence is a problem rampant throughout society, I choose not to make it the focus of this piece.

3 thoughts on “Who gives a f*ck about roller derby?”